A quiet guy who sets a good example

Having served his suspension, Dominik Kohr is looking forward to being able to help the team once again during Friday night’s match under the lights against FC Augsburg. 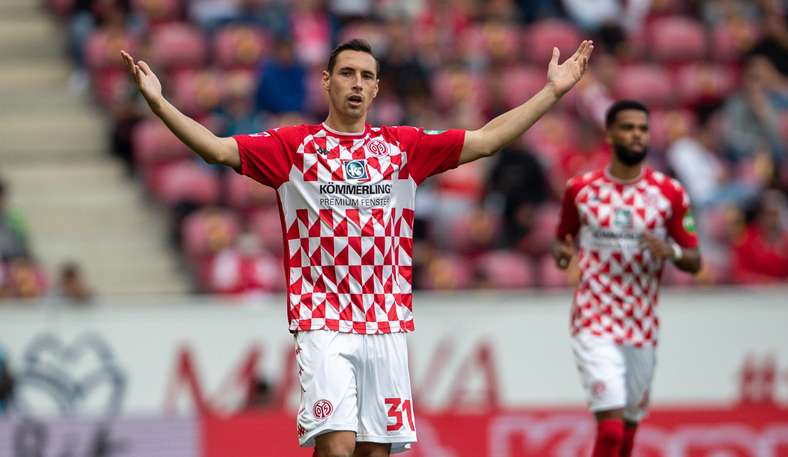 Dominik Kohr felt “a little helpless” when he had to watch the Zerofivers’ game against Borussia Dortmund from his sofa and was unable to contribute to the team on the pitch. The 27-year-old is therefore very much looking forward to returning for Friday’s home game at the MEWA ARENA (20:30 CEST) against FC Augsburg, the team for which he played between 2014 and 2017. “I’m really looking forward to the game, and I hope as many fans come as possible, experience a brilliant atmosphere, and that we can celebrate winning the three points together.”

The Zerofivers have only picked up one point from the last four games, and Kohr, just as his head coach, thinks this is mainly due to a lack of consistency in performances. “If we only play good football or work hard off the ball in phases, we’ll find it very tough in the Bundesliga. It’s important that we keep calm, focus on the basics and give it our all in training so that we are well prepared for the next game.”

The midfielder, who is here on loan from Eintracht Frankfurt just as he was for the second half of last season, and his teammates are experiencing their first difficult period in terms of results since Bo Svensson took charge. “We knew we weren’t going to win every game, and that we’d have to go through a period like this.” Kohr doesn’t just set the standard by working hard in training sessions but also through his exemplary performances as one of the most experienced players on the pitch, letting his actions speak for themselves. “I’m quite a quiet guy. Of course, I speak to the lads sometimes, but I do this in my own way, which I think gains me respect. You can certainly set an example by getting stuck in to challenges, and that’s one of my best qualities,” he commented. His experience is also very beneficial to him, having made over 200 Bundesliga appearances. “When I was younger, I used to get nervous before every game and I always had butterflies in my stomach, but these went away over time. Now I’m very excited for every game and I think you need that feeling,” added Kohr.

We knew we weren’t going to win every game, and that we’d have to go through a period like this

Someone who likes playing on an autumn’s evening

FC Augsburg come to the MEWE ARENA on Friday night and are expected to be an uncomfortable opponent for Mainz. Similar to our playing style, they are intense, physical and aggressive. “Many don’t enjoy playing against teams like these, because they sometimes play a little dirty, they love to slide in and they don’t give you any time on the ball,” said Kohr, who himself loves this style of football: “I generally enjoy this type of football, and I feel comfortable at Mainz because they also like to play this way. When playing teams like Augsburg, I need to give my absolute all and help the lads as much as I can.” The defensive midfielder is particularly looking forward to playing in October conditions: rain, a slick pitch, and a hard-fought encounter: “These sorts of games under the lights have a different atmosphere – it’s something special.” 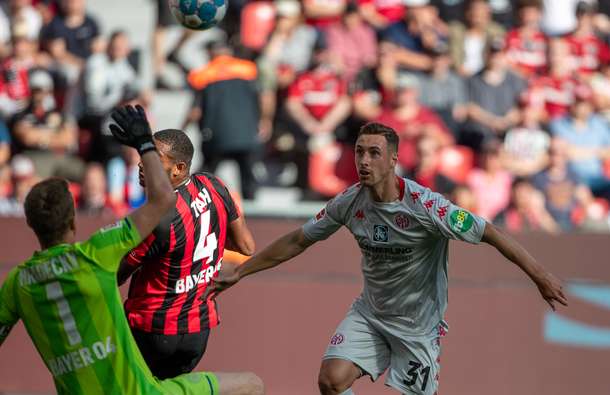 Dominik Kohr made his 200th Bundesliga appearance against Bayer Leverkusen.

I’m convinced that if we give it our all and fight hard, our quality will ensure we come away at the end as victors.

Kohr made 91 of his 201 Bundesliga appearances for FCA and has fond memories of his time there. “We’d just made it to the Europa League under Markus Weinzierl and that meant we played some amazing matches – Liverpool was a particular highlight. I like going back to Augsburg and visiting old friends.” But his sole focus is on FSV and performing well on Friday evening: “It won’t be an easy game for us, but that depends on how we play ourselves. I’m convinced that if we give it our all and fight hard, our quality will ensure we come away at the end as victors.”