An experience and a challenge rolled into one

Mainz earned a point at the Signal-Iduna-Park the last time they visited BVB.

On Saturday afternoon, a huge game awaits Mainz 05: an away trip to one of the Bundesliga’s biggest clubs, Borussia Dortmund. In his press conference before the trip, Mainz head coach Bo Svensson said he expected the visit to a near-capacity Signal-Iduna-Park to be “an experience, but also a challenge – that’s clear.” With the international players in his squad all returning to training fit and healthy this Thursday, Svensson and his team’s focus now lies fully on the game against BVB.

All the quotes from Bo Svensson before #BVBM05:

The Mainzer head coach on:

... Christian Heidel’s contract extension: “It’s an important signal, because we have said from day one that consistency is key to building something good. Christian has a central role here, and I personally have always had a great relationship with him. We get on well, chew the fat and always find a common ground.”

... Borussia Dortmund’s strengths: “They’re a top team and have had a great season so far, continuing their form from the end of last season. They are great in all phases of the game, have some world-class players at their disposal and have a good coach too. With the atmosphere their huge stadium brings, we’re in for an experience, but also a challenge – that’s clear.”

BVB have some world-class players at their disposal and have a good coach too.

... his opposite number, former Zerofiver Marco Rose: “We get on really well with each other, and we know each other well both on and off the sidelines. I’m looking forward to meeting Marco again on Saturday.”

... Erling Haaland: “He’s one of the five best strikers in the world right now. He influences any game he plays in, but we’re ready either way if he’s injured or not.”

... difficulties in training: “Regardless of the last few results and the difficulties of having several players out injured, we’ve tried to do a mix of a few different things. We put the most importance on our own game and worked on the things we do, but we’ve also trained the things which we didn’t do so well on last time out.”

The big positive is that none of them came back carrying injuries.

... the state of the squad after the international break: “The players are all back now, but because they played on Tuesday night they need to do a recovery program separately. The big positive is that none of them came back carrying injuries, though.” 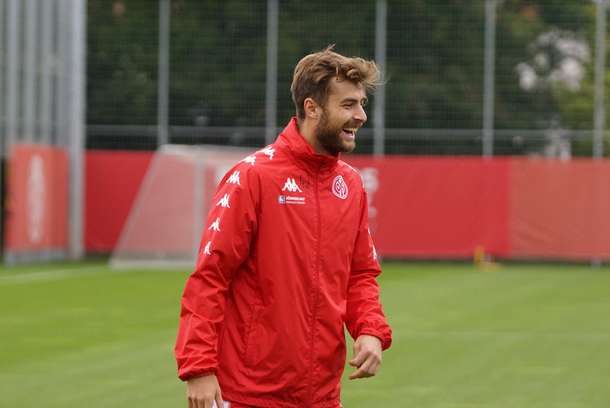 ... Alexander Hack and Moussa Niakhaté: “Both of them are in a different position to where they were two weeks ago. Mousse has been able to train fully for the last two weeks, and Hacki joined him this week. In terms of physical fitness, they’ve been able to do everything we’ve demanded of them. It’s very important for us that they are both able to play this weekend.”

... Jeremiah St. Juste’s injury: “Jer needs an operation. His absence will be a painful one, for certain, not only because of his footballing ability but also his personality. That said, we can’t change what’s certain, so we need to find a way around his absence.”

Jer needs an operation. His absence will be a painful one, for certain.