"We gave our opponents too much respect at the start" 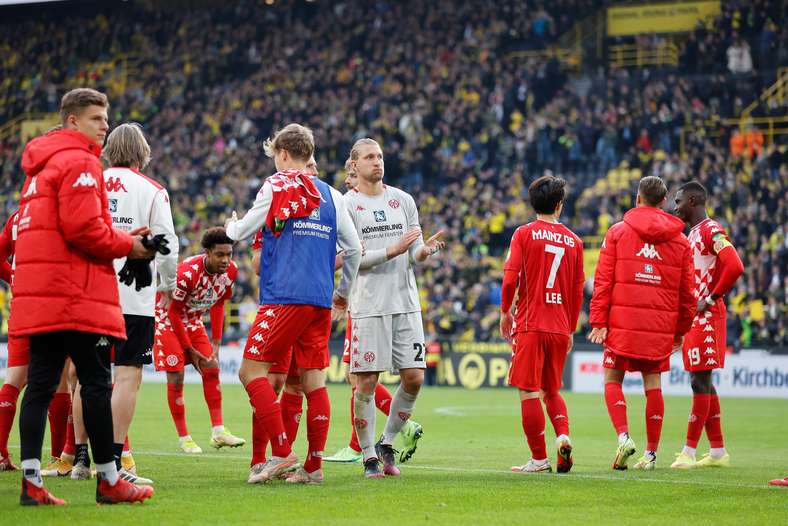 Robin Zentner: "Clearly we played better in the second period, but it wasn’t enough against such a good team.”

Mainz suffered a 3-1 defeat at the hands of Borussia Dortmund on Saturday after an early Marco Reus goal and an Erling Haaland brace. Mainz weren’t able to come away with anything from the Signal Iduna Park after an improved second half performance followed a passive opening 45 minutes.

Silvan Widmer: “We didn’t have enough belief in the first half. We have to have more confidence in our quality as we do have the ability to cause the big teams problems and we did a better job of that in the second half. I have to take responsibility for the third goal. We will learn from this and recognise that it’s not all doom and gloom, even though we haven’t taken enough from the last four fixtures.”

Robin Zentner: “It wasn’t good from the outset. We were too timid to start with, had very little possession and didn’t keep up with our opponents. In the second half it was better, we played with more courage going forward, won the ball a few times in the opposition half and also had a few chances to score. Clearly we played better in the second period, but it wasn’t enough against such a good team.”

Stefan Bell: “We conceded early in both halves which is the worst thing that can happen in front of a crowd like that. At that stage it was a big ask to recover and we were playing deeper than we wanted to. In the second half it was more even but then we conceded another poor goal.”

Martin Schmidt: “I think we gave our opponents too much respect at the start. In the first half, Dortmund dominated and were the superior side, without creating clear-cut chances. In the second half you could see that we were bolder and as such, the game was more even. We fought back well in the second 45 minutes and raised our level, but I don’t think we did enough to get anything out of the game.”