Zidan: “I felt right at home”

Under Jürgen Klopp at Mainz 05, Mohamed Zidan quickly became a fan favourite, before winning the Bundesliga with Borussia Dortmund. In an interview, the Egyptian speaks about his memories as a Zerofiver and his first meeting with Klopp and Christian Heidel. 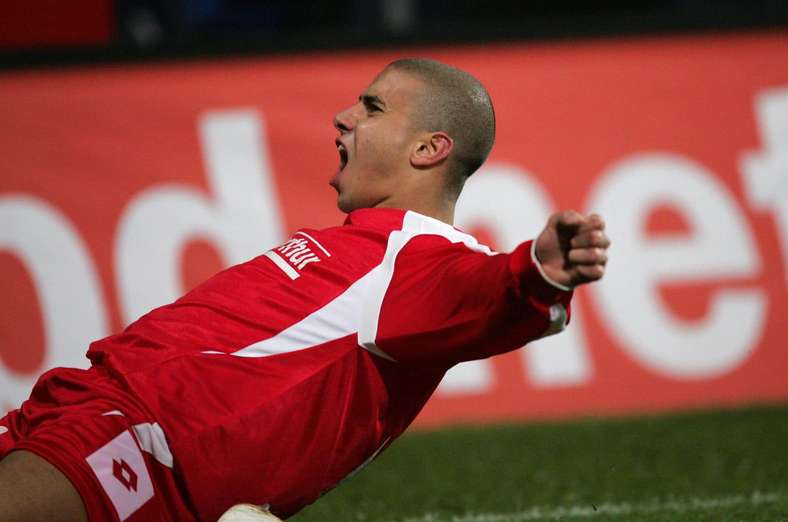 Combining work as a TV pundit, businessman and board-member at Egyptian club Zed FC, Mohamed Zidan is a very busy man. Despite that, he has taken the time to give an interview. In two spells from 2005 to 2007 and then in the second half of the 2011/12 season, Zidan played 53 games for Mainz, scoring 29 goals. With those goals, but more importantly his friendly personality, the Egyptian quickly became a cult hero. He formed a special relationship with then-Mainz head coach Jürgen Klopp, eventually winning the Bundesliga with him for Borussia Dortmund, the Zerofivers’ next opponents on Saturday.

In an interview, the 39-year-old spoke about his first meeting with Klopp and Christian Heidel, why he felt so at home in Mainz, and why he enjoys watching the current team coached by Bo Svensson.

Hi Mo, how are you doing and where are you right now?

Zidan: “I’m doing very well. I’m here in Egypt, spending a lot of time on my work as a TV pundit and on the board of Zed FC.”

You hung up your boots in your homeland back in 2016 and became an executive. How did you come by the job?

Zidan: “The owner and founder of Zed FC is a businessman from Egypt. He has put together this plan for the club to have a professional youth setup. There are also friends and colleagues of mine here who I know from the national team. We all want to work together and help the club develop and take steps in the right direction. That fits my philosophy and personality.”

Have you ever had the thought of becoming a coach?

Zidan: “I’ve thought about taking the leap now and again. Back in the day I wanted to get my coaching badges in Germany and get experience doing internships at Mainz or BVB or even with Kloppo, but I’m happy with the way it’s going now.”

Jürgen Klopp is the coach who brought you to Mainz, along with Christian Heidel of course.

Zidan: “I’ll never forget my first chat with Christian Heidel and Kloppo. I arrived on deadline day from Bremen, and sat and talked with them and my agent for about 15 minutes. At the end of that short time, I gave him my hand and said ‘I would really like to play football for you’.”

He convinced you to come that quickly?

Zidan: “As a coach you have to deal with players from many different backgrounds, different ages and mentalities. The most important thing is that you can get the players to support and understand you, so that they can play as a team and they have the will to give their all to you as a coach and the club. Kloppo did that perfectly – it seriously took just 15 minutes to convince me.” 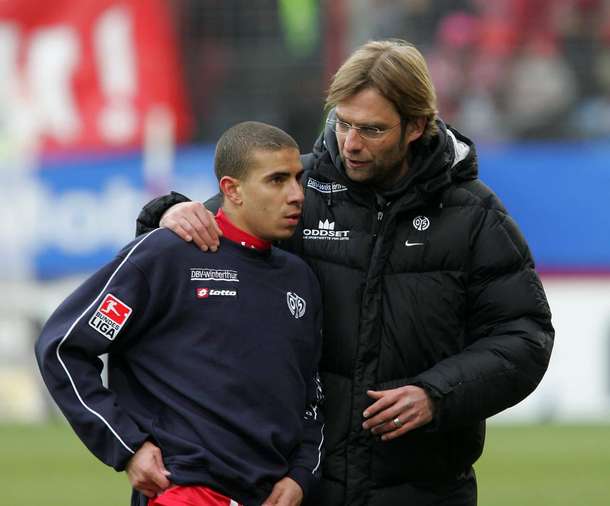 "The most important thing is that you can get the players to support and understand you. Kloppo did that perfectly" Mohamed Zidan

We shared a video of Jürgen Klopp last week, in which he also spoke about you and your time in Mainz, including your shampoo prank. What are your memories of your former coach and of Mainz 05?

Zidan: “I had my best times in Germany whilst at Mainz and Dortmund when I played under Jürgen. He’s an important person in my life. He always managed to bring his players together as a squad and his teams work well. He’s the best coach in the world right now, in my opinion. He’s developed so many players as a head coach as well as himself, both in footballing terms and as a person. It’s great to see.”

What memories first come to mind when you think about your time here in Mainz?

Zidan: “I really felt comfortable at Mainz, in the city as well as the team. Everyone was so friendly, and I was really impressed, it was a brilliant time of my life. We had a great time together, I joked around with the lads and they did the same to me, it’s all part of it.” 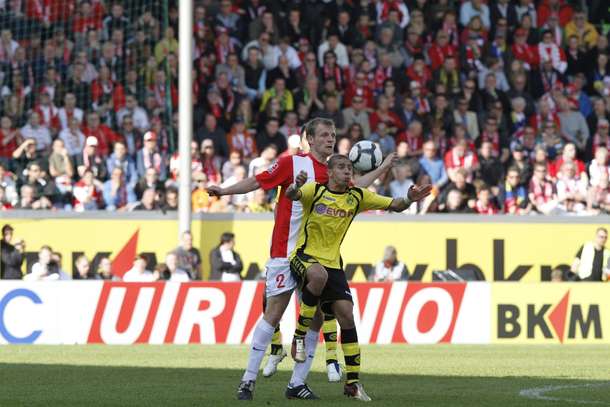 You’ve already mentioned how important a good coach is, and you played together with our current coach Bo Svensson at Mainz. What do you remember about him as a player?

Zidan: “I got on well with Bo because he’s from Denmark and I played there for six years and speak good Danish. I like him as a person: he’s chilled out, calm, and very kind. You can see in the way that he coaches the side that he likes to get involved with the players. They realise that he’s been to all the places they want to go and he’s done all the things they want to do. Kloppo also liked to look at things from the players’ perspectives. Bo’s done some great work, and this is very evident when you look at Mainz’s performance in the second half of last season as well as their start to this campaign. I really enjoy watching his team play and seeing him on the touchline.”

Two teams close to your heart face off on Saturday. How do you think the game will go?

Zidan: “Both clubs are really important to me, so I’m looking forward to the match. BVB are always title challengers, whereas Mainz’s main objective is usually to stay in the league. But this year they’ve both started well and they will be looking to build on this, step by step, point by point. I’m crossing my fingers for both teams and am hoping it’s a great game.”